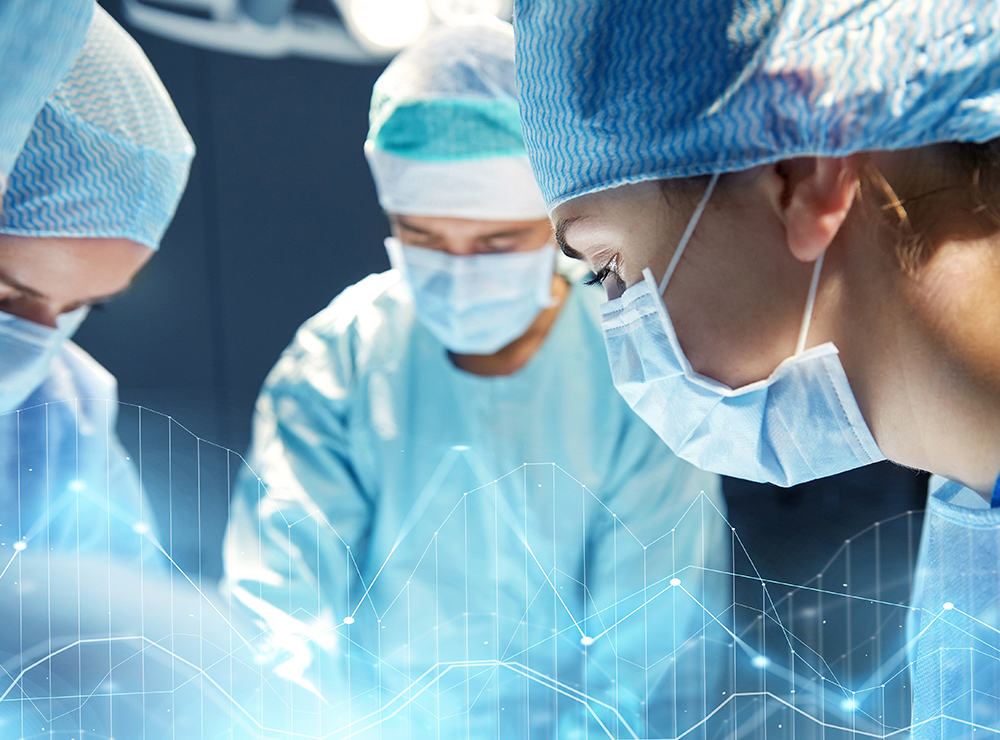 Healthcare has become one of India’s largest sectors - both in terms of revenue and employment. Healthcare comprises hospitals, medical devices, clinical trials, outsourcing, telemedicine, medical tourism, health insurance and medical equipment. The Indian healthcare sector is growing at a brisk pace due to its strengthening coverage, services and increasing expenditure by public as well private players.

Indian healthcare delivery system is categorised into two major components - public and private. The Government, i.e. public healthcare system comprises limited secondary and tertiary care institutions in key cities and focuses on providing basic healthcare facilities in the form of primary healthcare centres (PHCs) in rural areas. The private sector provides majority of secondary, tertiary and quaternary care institutions with a major concentration in metros, tier I and tier II cities. India's competitive advantage lies in its large pool of well-trained medical professionals. India is also cost competitive compared to its peers in Asia and Western countries. The cost of surgery in India is about one-tenth of that in the US or Western Europe.

India is experiencing 22-25 per cent growth in medical tourism and the industry is expected to reach US$ 9 billion by 2020. There is a significant scope for enhancing healthcare services considering that healthcare spending as a percentage of Gross Domestic Product (GDP) is rising. The government’s expenditure on the health sector has grown to 1.4 per cent in FY18E from 1.2 per cent in FY14. The Government of India is planning to increase public health spending to 2.5 per cent of the country's GDP by 2025.

The hospital and diagnostic centers attracted Foreign Direct Investment (FDI) worth US$ 6.09 billion between April 2000 and March 2019, according to data released by the Department of Industrial Policy and Promotion (DIPP). Some of the recent investments in the Indian healthcare industry are as follows:

Following are the achievements of the government in the year 2017:

India is a land full of opportunities for players in the medical devices industry. India’s healthcare industry is one of the fastest growing sectors and it is expected to reach $280 billion by 2020. The country has also become one of the leading destinations for high-end diagnostic services with tremendous capital investment for advanced diagnostic facilities, thus catering to a greater proportion of population. Besides, Indian medical service consumers have become more conscious towards their healthcare upkeep.

Indian healthcare sector is much diversified and is full of opportunities in every segment which includes providers, payers and medical technology. With the increase in the competition, businesses are looking to explore for the latest dynamics and trends which will have positive impact on their business. The hospital industry in India is forecasted to increase to Rs 8.6 trillion (US$ 132.84 billion) by FY22 from Rs 4 trillion (US$ 61.79 billion) in FY17 at a CAGR of 16-17 per cent.

India's competitive advantage also lies in the increased success rate of Indian companies in getting Abbreviated New Drug Application (ANDA) approvals. India also offers vast opportunities in R&D as well as medical tourism. To sum up, there are vast opportunities for investment in healthcare infrastructure in both urban and rural India.